In 1982 Nike released the Air Force 1 basketball shoe. I was twelve and just getting into the sneaker phase of my life. Athletics being more important than breathing, shoes soon took over most of my waking thoughts. After the Air Force 1 began finding their way onto college and NBA feet, this young kid out of UNC, Michael Jordan, was drafted by the Chicago Bulls. It was during the Olympics in 1984 when his physical skills and otherworldly basketball talent started shocking fans. My world changed immensely after seeing him play without the strictness of the college game. His abilities were unleashed and Nike paid $2.5 million for ownership of his feet for five years.

Shortly after Jordan's '84-'85 season while wearing other early Nike sneakers like the Airship, my love of Nike shoes was borderline obsessive. I was drawing shoes all the time and begging my folks to dish out the cash for the real thing. My mom eventually caved and bought me a pair of blue Airships around 1985. This was my first real encounter with having something really cool on my feet. I wore them until they fell apart. I shouldn't have thrown them away (I'm sure my wife would love to see them!).

My mother was the inspiration for writing to Nike and letting them know how interested I was in their company. I'm not sure how I found the address of Nike's corporate headquarters out in Beaverton, OR but it was likely off a shoe box. This was around my 10th grade year in '85. In response, Nike sent me a catalog of their latest shoes that were not available in Altoona yet. It was better than Christmas morning! I even saved the envelope the catalog came in. The envelope was eventually lost when my parents sold their PA home. 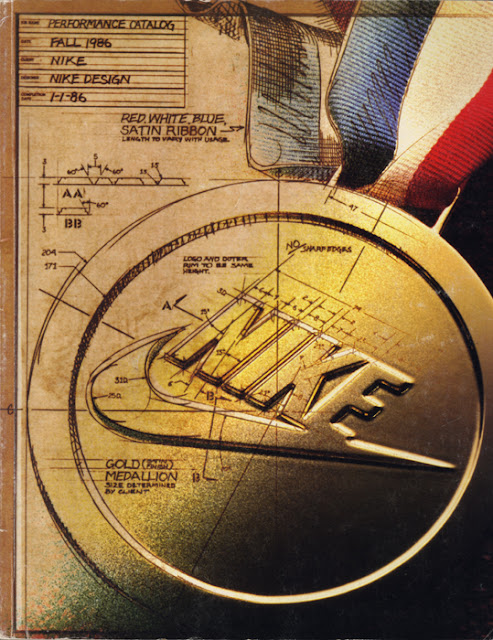 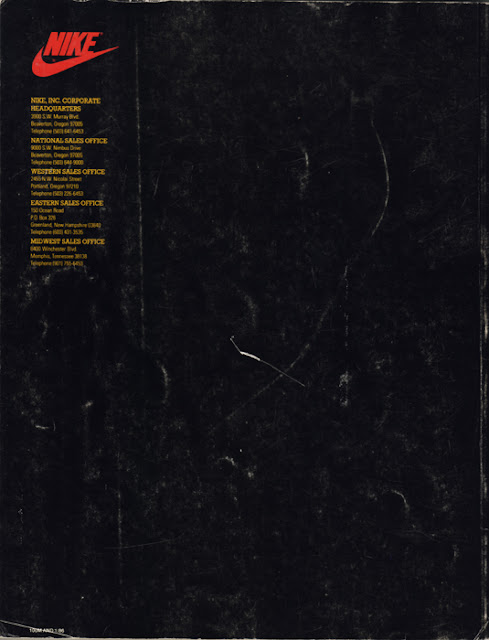 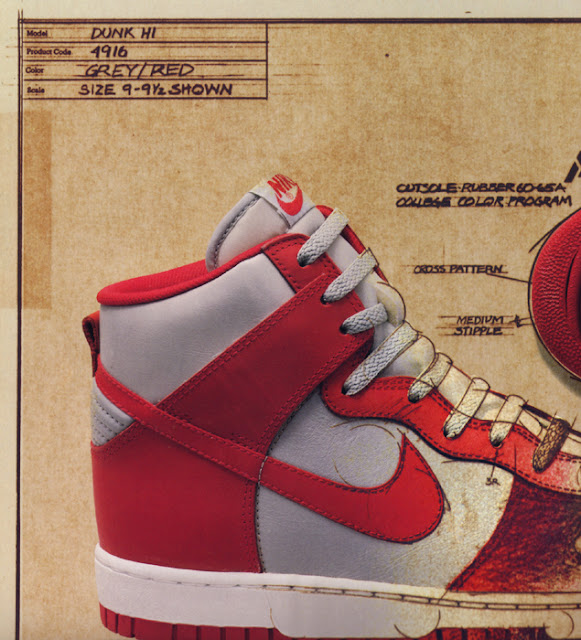 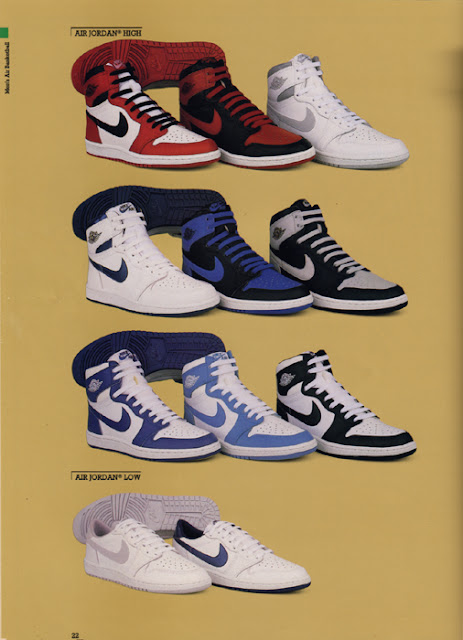 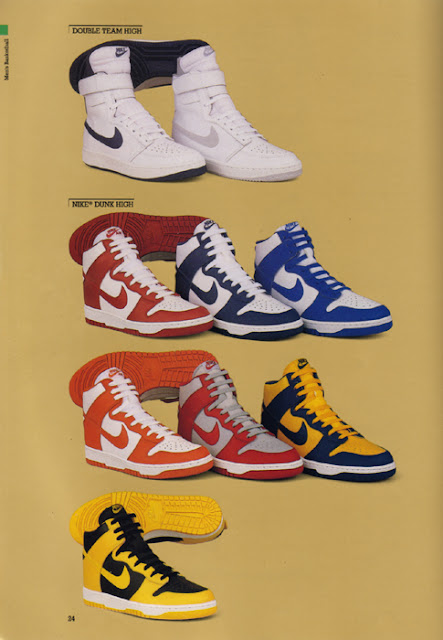 Dunks page
(had the blue pair)
I easily looked at this catalog thousands of times in that first month. I took it to school to astonish my friends...they were astonished.

The second catalog that showed up: 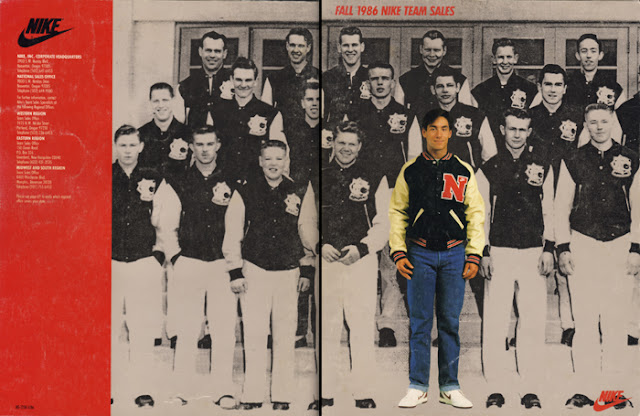 front and back cover of Team Sales Catalog

had a white and charcoal pair
(though they looked cool, the plastic behind the heel
cracked within the first month while playing basketball)
Just looking back through them now has me remembering how obsessed I was with the look of their shoes. The designers that worked for Nike at this time were right on the mark with the wants and needs of athletes as well as shoe-geeks. Form was meeting advanced function and it looked really good. The company's popularity exploded during that '84-'88 stretch.
The shoes that came out of Beaverton a few years later never seemed to make me feel that same way. After my highschool years, I failed to be that impressed with Nike footwear. The "Golden Years" were over.
﻿
Posted by randy mckee at Monday, January 23, 2012