The "mercury" dime is perhaps my favorite coin. It survived from the mid teens to the end of WWII. When placed next to the FDR dime (above), you can't help but feel that an era was sadly ended too soon. Just because something is NEW doesn't make it better. People collect antiques and drive classic cars. They reuse old barn wood. People like things that are old for many reasons that go way beyond their looks. This rant is all about looks!!! It is strictly surface. I'm judging this book by its cover. The modern dime stinks! If it were a book....I wouldn't pick it up. It may be a better story than Moby Dick, but I'm willing to take my chances and never even read the first paragraph.

I realize that this installment is a bit of a ramble, but I just get so frustrated looking at these two coins. The lettering is better on the "mercury". The image is better....and the combination of the two leaves the viewer feeling better. Some coins, like artwork (which they are) are better than others. They define our tastes. FDR is flat lining the viewer. We're all snoring.

Today's dimes make us wish we were carrying ten pennies instead.
Posted by randy mckee at Tuesday, June 26, 2012 2 comments:

the swiss grid flies under your radar 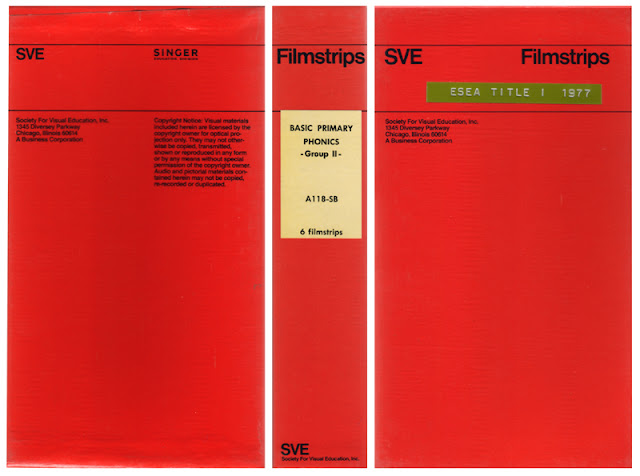 This is a 3 sided box/cover for filmstrips. It held 8 small cylindrical containers about the size of my wife's yogurt cups. This classic example of Swiss grid design was found in our school's trash pile (Powerpoint has rendered slide projection just a bit dated). Designing with a mathematical grid and left-justified paragraphs has a special place in my minds idea of what is good in graphic design. I kept this beautiful red box in the window of my art room for one year. No one mentioned it being there. No one asked about it. Nothing. It collected dust. I, on the other hand, looked at it every time I entered my room and quite often while working on my computer. I found it to be peaceful and inspiring (weird...I know).
The font Helvetica (lettering on box) was the favorite of the Swiss and has not lost its popularity with present day graphic designers. From logos to directional signs utilized by city governments, Helvetica delivers easy readability and a feeling of emotionless precision. Its function is its form. It has no other purpose than its look. Helvetica has also become the subject of many jokes about designers and fonts (it could just be that there aren't many jokes on this subject to begin with). It is used to the point of exhaustion and cliche'.
Posted by randy mckee at Wednesday, June 20, 2012 No comments:

for the look of money

As I was searching for images to use in a project concerning my Pa (will blog about that project soon), I found an old $5 bill that I have collected from 1928. I always look it over closely any time I rediscover it. Old money just looks better. The dark ink. The classy layout. The simplicity. I spent about 15 minutes smiling at all the details and lettering (for the 30th time) before having the inclination to scan it in for this blog. In the location of this 5, I also had a Mercury dime that is round perfection (show ya that later!). I thought a side by side comparison with modern currency would show you where my mind was and maybe even some of you might agree. 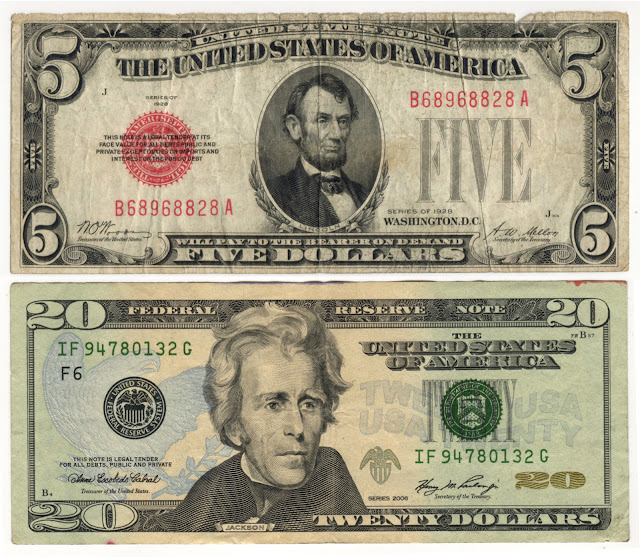 We all know that counterfeiting concerns propel many of the design elements found on the larger denominations these days...but....come on! The modern currency just lacks power and dignity. Strength is pouring from that design surrounding President Lincoln. President Jackson has a typhoon of garbage about his head. A MESS!
The major factor for this lack of strength derived from this whirling layout is due to the positioning of the lettering. The 5 from 1928 has lettering centered on Lincoln. Though a much smaller scale than Jackson, Lincoln dominates the horizontal layout.

Though the upper font (SERIES OF 1928) looks and feels 90 years old, it neighbors nicely above the ageless look of WASHINGTON, D.C.

In most design, centering your major elements might result in diminished appeal. I say that in the case of these two designs, the tame decisions of 90+ years ago wins in a landslide. The above phrase "will pay to the bearer on demand" sure does help with the whole "cool" aspect as well.

The consistent use of fonts  also helps the 1928 bill convey a strong composition. It has unquestionable Unity. All the information is obviously necessary but nothing seems forced or crammed. It all has its place and the viewer is comfortable with seeing it there. 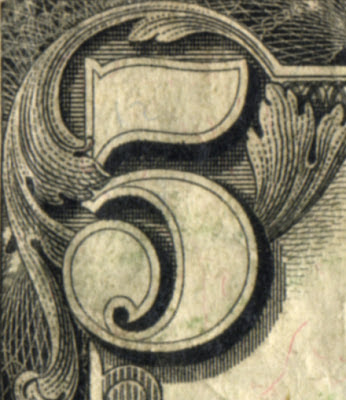 Love how the 5 is nestled into the design on the older bill. 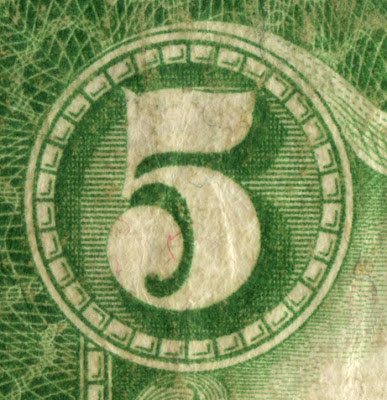 This strange circle element (found on the back of the '28 bill) is very cool.

Every coin or bill that hits my hand is scanned for a date. It is a habit that began when I collected old pennies as a young boy. I loved finding wheat pennies at my Grandparents' home. I'd search every time I stayed over. I am still in love with the look of those stems of wheat curving up the outer edge of the old pennies. Finding them never gets old..... 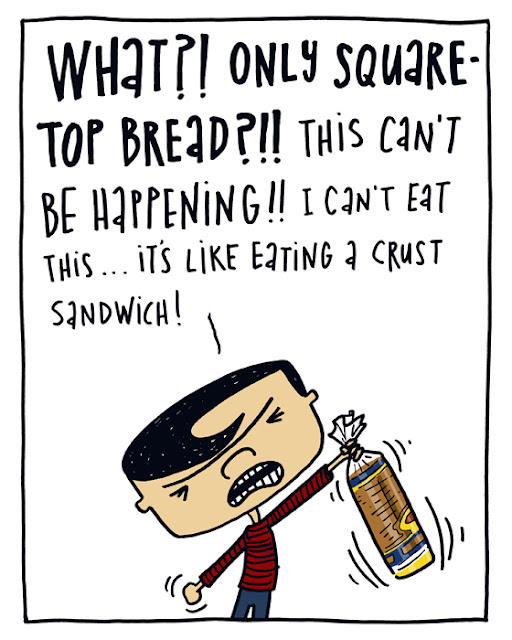 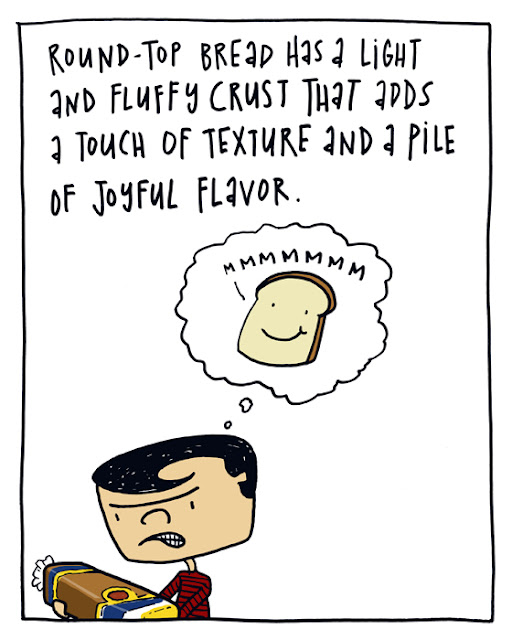 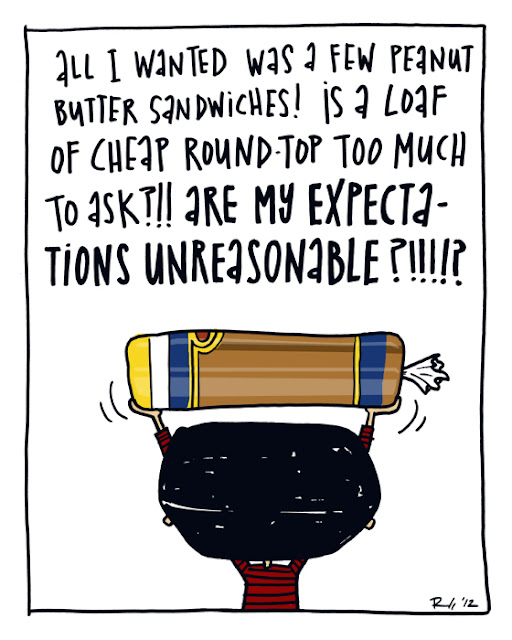 beer boxes used to be really something 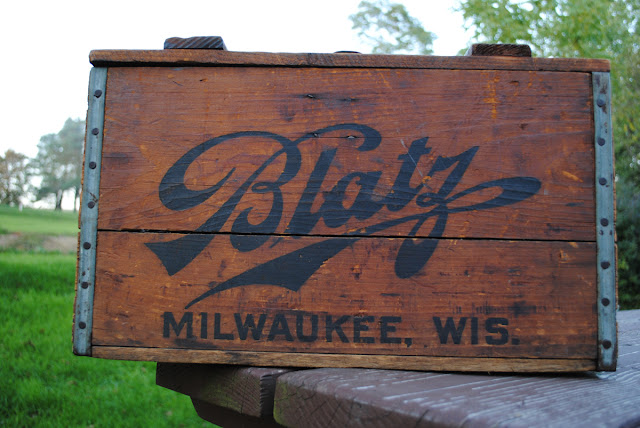 My father-in-law, Mr. Burrous, owns this spectacular box/font specimen. It is a beautiful display of lettering. Someone was throwing this box away when Mr. Burrous was a young man. Wise beyond his years, he scooped it up and never let it go. Smart, very smart! 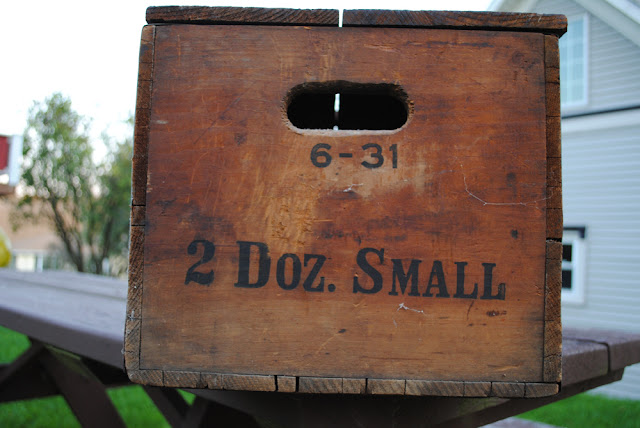 The aged wood only adds to the striking look of these great and different lettering. It has some intense coloring and seems to have lost almost nothing considering its age. Buying a case of beer nowadays can't compete. Now you just get beer. Beer in a cardboard box. In the case of Blatz (no pun intended), the box sure did look better than the beer would taste. 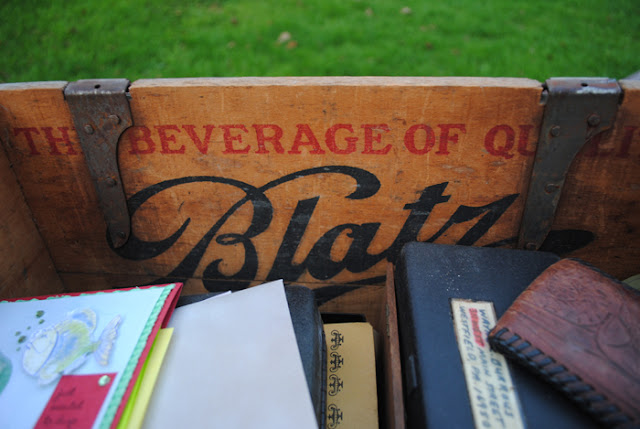 Even the inside of the box had lettering applied to it. Yes!!! 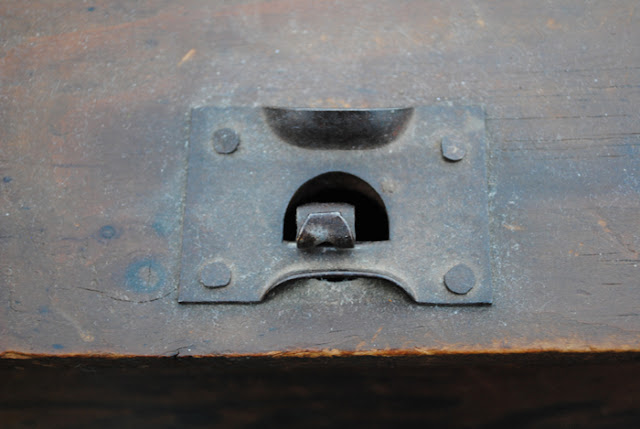 Quality all around. I can see why you don't get one of these when buying a case of beer today. Even beer as lousy as Blatz would be beyond my price range.
Posted by randy mckee at Sunday, June 03, 2012 No comments: