The game is coming along and I am trying to hold up my end. In the previous post, I displayed some Wynnid ideas and just had to shine her look a bit and finalize the amulet. The image below is that attempt. 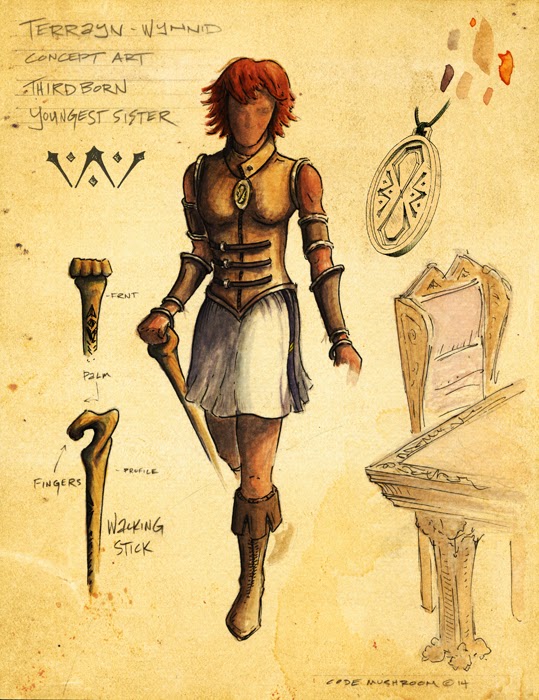 On to Wynnid. Eldric's older sister. You'll read about her soon over at Terrayn. My goal has been to give each character a form (obviously), a home, and an amulet (almost a logo, I guess, on a medallion). The two men will have round amulets while the women carry ovals.

Another goal was, and still is, to keep these characters simple. I don't want them otherworldly. They should come to the viewer as figments of your past (though long ago), not your imagination.

Her amulet quickly sketched and a long-haired version.

Wynnid's home. I felt she should not hide in a castle but live freely in a relatively modest dwelling. The home was designed to surround a courtyard. 11 large rooms adjoin the main living quarters. Wynnid resides in the larger structure and invites persons of knowledge to come and relax as they wish. Each evening the guests make their way to the courtyard for food and the exchange of ideas. It is a place for storytelling, invention, science and art.

The courtyard as seen from Wynnid's second story window. 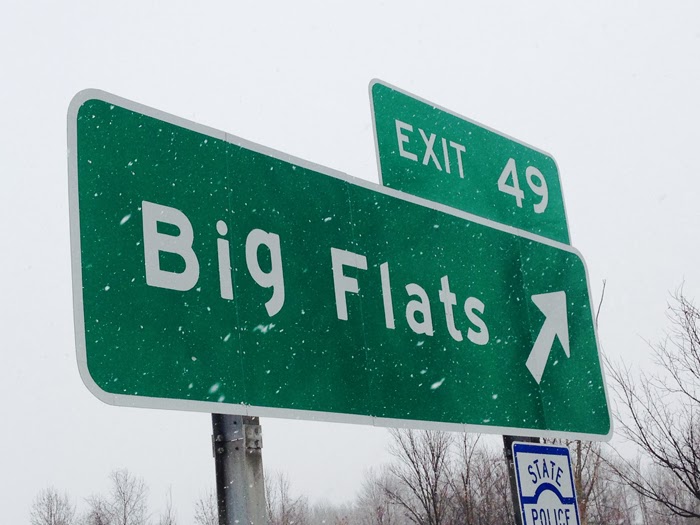 I have been meaning to get a photo of this sign for some time now. Either forgot as the family was heading to the mall in Elmira, NY, or didn't feel like stopping. Today I stopped. Not a very smart choice to pull off the road with weather conditions so lousy, but, you know, sometimes our good sense is conquered by a bit of greed.

I can't figure this one out. As a former sign shop worker, this sign holds a strange mistake within it's layout. That "g"!!!!! Computers don't accidentally place a letter in this situation. Someone had to do it. WHY!!!!????!!!!!? Is it just to be goofy? Is it to have nerds like me think about it even when I'm not barrelling past the sign? I just don't get it! Someone had to shift the baseline of that letter. WOW is that WEIRD!!!!!! If you know something about this or know the person responsible, I'd love to hear the story....just love it!

Posted by randy mckee at Saturday, January 18, 2014 No comments:

attempting to find a style or visual theme for Terrayn 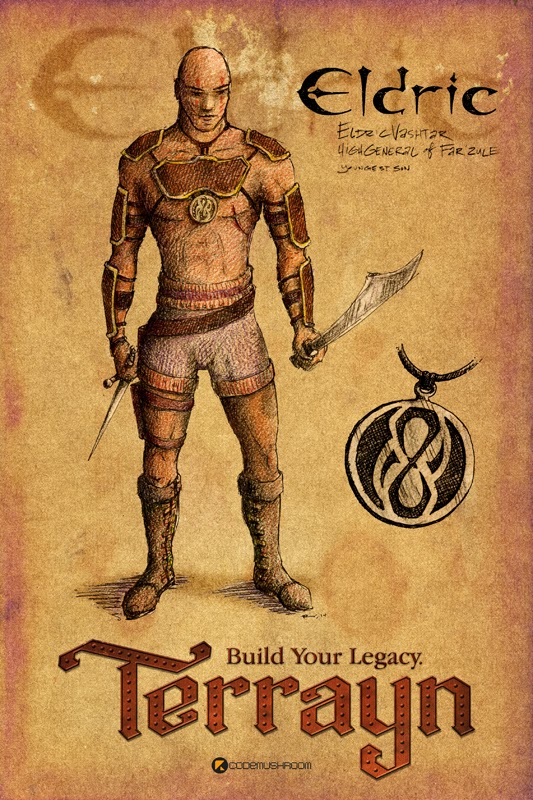 a few of the latest concept drawings for Terrayn 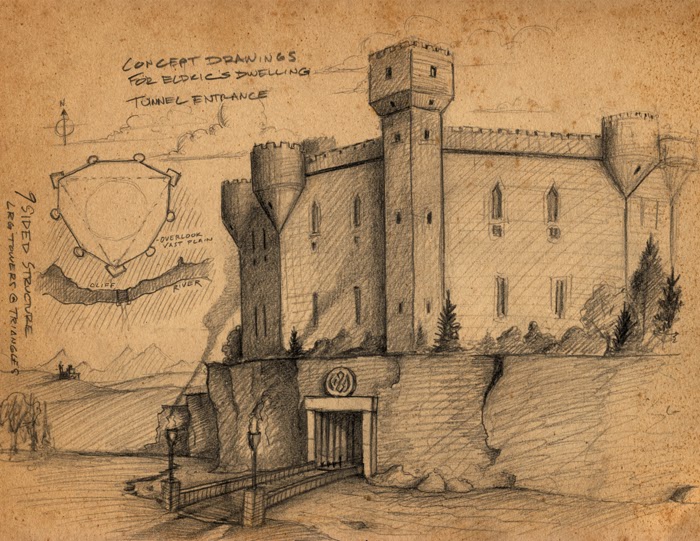 I have been asked to create four characters for Terrayn (see previous post for Eldric sketches). I was given names and a few vague descriptive words concerning body shape, hair and skin tone. Along with that task, I was to design where they live as well. I know very little about medieval times (even though the game is not "medieval" at its core but has taken on a feeling of such a time) and making quality drawings when ones information base is limited is mighty difficult. I chose to only glance at online images and one or two books that were lent to me. My goal has been to create not copy. I want the drawings to be fresh and nontraditional. I also can't be so "far out" that is futuristic in look and feel. I am attempting to find the right mix.

The best part of my role in the design is that there really isn't much reigning me in. The team has allowed me to go wherever my mind takes me. Not knowing a whole lot about this general theme has worked in my favor.  I want the hype of the game to be in the landscape (thus the title Terrayn!) and how you manipulate that, not some super fancy outfit or wild structure. This is going to be a game of substance and amazing interactions between the player and the world. A bunch of architectural fluff dotting the land won't really enhance the playing experience as much as what you can do. It may even distract. The items i draw will have form as an important element but will stress function as a major priority. 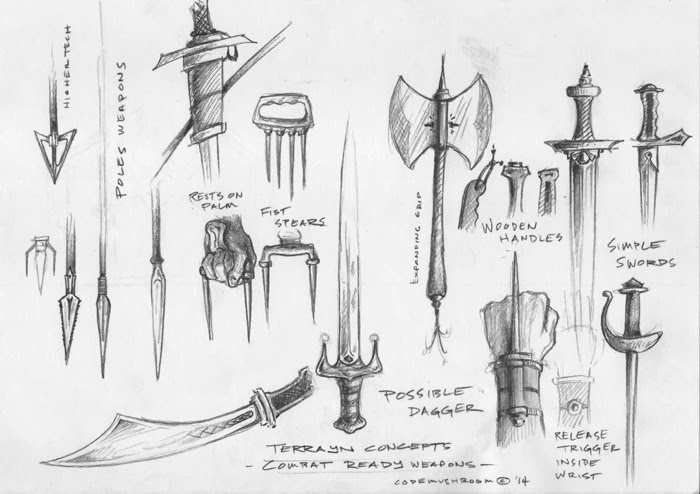