Around age 12, that would be about 1982, I used to watch a channel out of New York City. I think it was WPIX. I could be wrong about this but I'm putting out there anyway. This station would run classic TV programs after school and late at night. Shows like the Honeymooners, Laurel and Hardy, the Three Stooges, Leave it to Beaver, the Odd Couple and the Little Rascals. They were so good....so much better than anything current that might have been playing on other stations. I logged a lot of hours taking in the brilliance of those old shows. Time well spent.

Walking through Walmart (or some such place) the other day, I noticed a Little Rascals DVD in the cheap bin. I picked it up because I thought my children should be subjected to some real quality TV.

I'm not sure that my kids are old enough yet to appreciate these talented kids. They showed little to no interest in their high jinx. But what I noticed in my matured state was the lettering. GREAT LETTERING ALL OVER THE PLACE! From the intro credits to the hand painted signs on many episodes. I laughed just like I used to but watched carefully for the slightest glimpse of some great type. 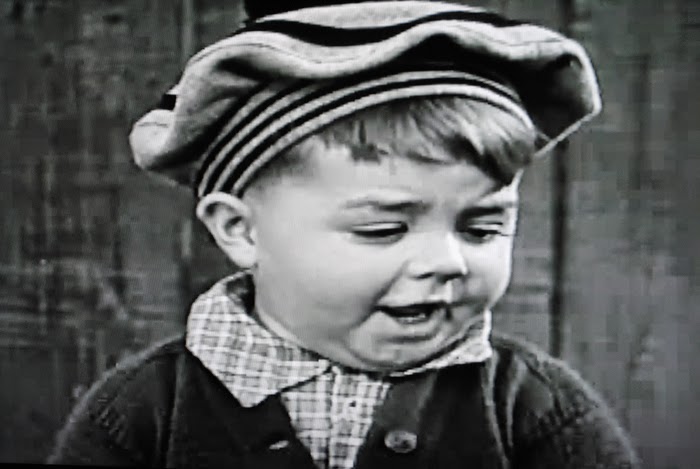 A young Spanky was the star of the show. Cute little guy and an amazing voice. 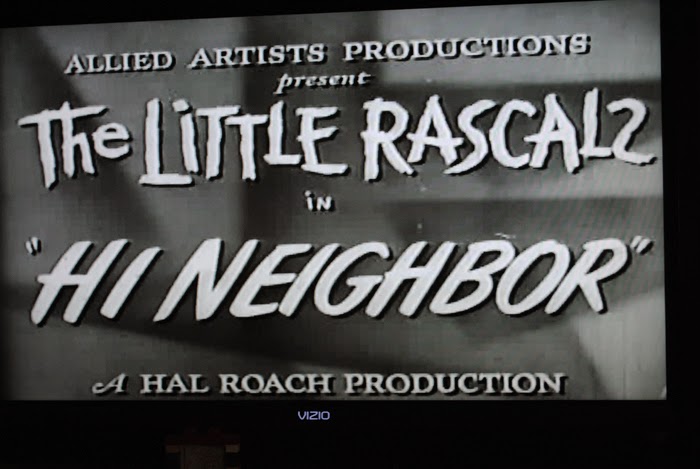 This was a 1934 episode in which this moving truck (below) was moving a family into the "rascals" neighborhood. 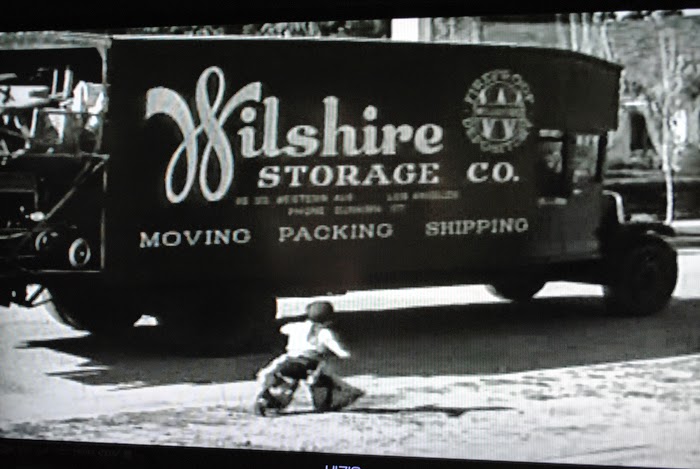 Obviously the "W" caught my eye. I quickly got my camera and scanned the DVD back to take these screen shots. I just love the whole side of this truck. The "Wilshire Storage Co." has a great extended 3-D look to the lettering. The dimensional edges look like they might have been a gold color but who knows with the black and white of the screen. Anywho, I sure do like the lettering.

As a side note, I noticed some amazing lettering on the classic Jimmy Stewart film, The Spirit of St. Louis the other day. He gets out of a cab in California when he is visiting the company that might just build his plane. The door of that cab would be hanging on my living room wall! That might be my next post.
Posted by randy mckee at Saturday, May 17, 2014