angry strongo and the new look-a-like!!!! 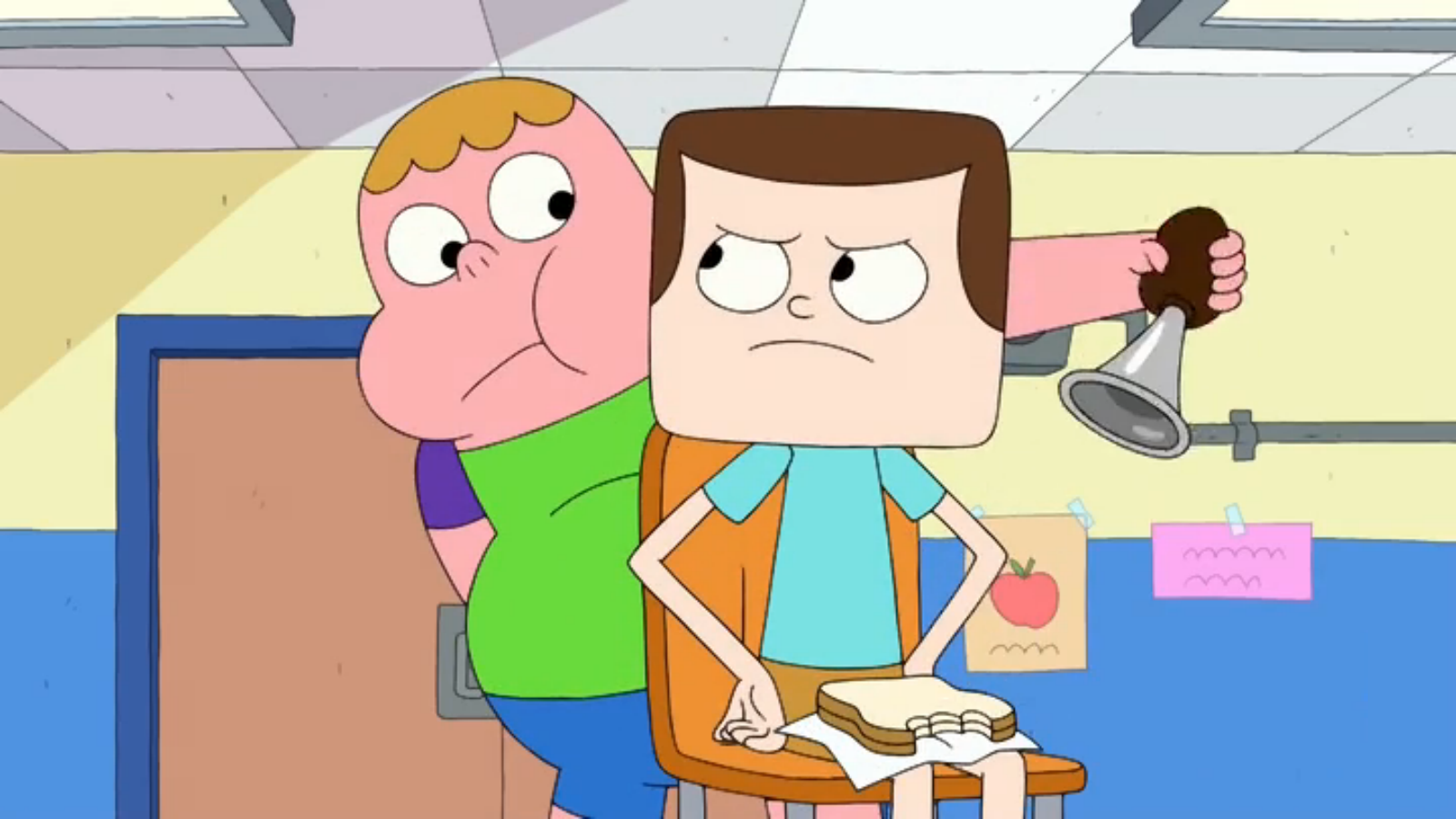 I have been enjoying this new Cartoon Network show called Clarence. A very strange cartoon about an even stranger young kid named Clarence. He has all kinds of odd habits and hangs with the other bizarre students in his class. You really have to watch a few episodes to get the full picture.

The more I watch it, the more I am reminded of my Angry Strongo design and the similarity to Clarence's friend Jeff (Clarence and Jeff are pictured above). Jeff's design is an over-sized block head with a sweep of hair across the forehead and a large semicircle down the sides. Angry has a slightly different sweep that resembles a large wave that follows his always scowling uni-brow. 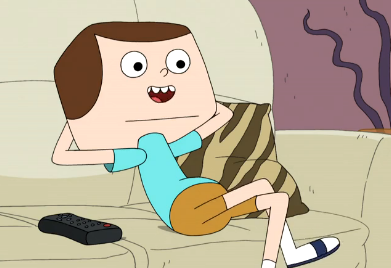 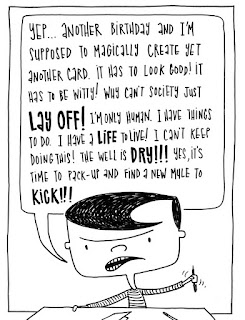 Not that anyone that reads this blog gives a hoot about whether I copied off this cartoon or not, but the reason for this post is the sense that any one reader might think that is the case. I am also not saying that I believe that the creators of Clarence copied my design but there sure are some weird similarities. What we have here, more than likely, is a very close case of independent invention...I hope.

April 14, 2014 was the premiere date for the show. This has Angry Strongo being designed some 2 and a half years prior. I first started showing designs for my new "Angry" character in 2011. With the first post showing the current look of Angry Strongo appearing in October 31, 2011 (shown above). I had a version of Angry even earlier than this but the one below shows the first time I clothed him in the striped shirt that was later colored red to pay my respects to "Calvin" from Calvin and Hobbes.

As I researched the similarities further, I was struck by the layout of the room pictured below. Now I know many homes have large framed images on the wall and rounded doorways that were all the rage back in the day, but when you look at it all together, it just seems strange. 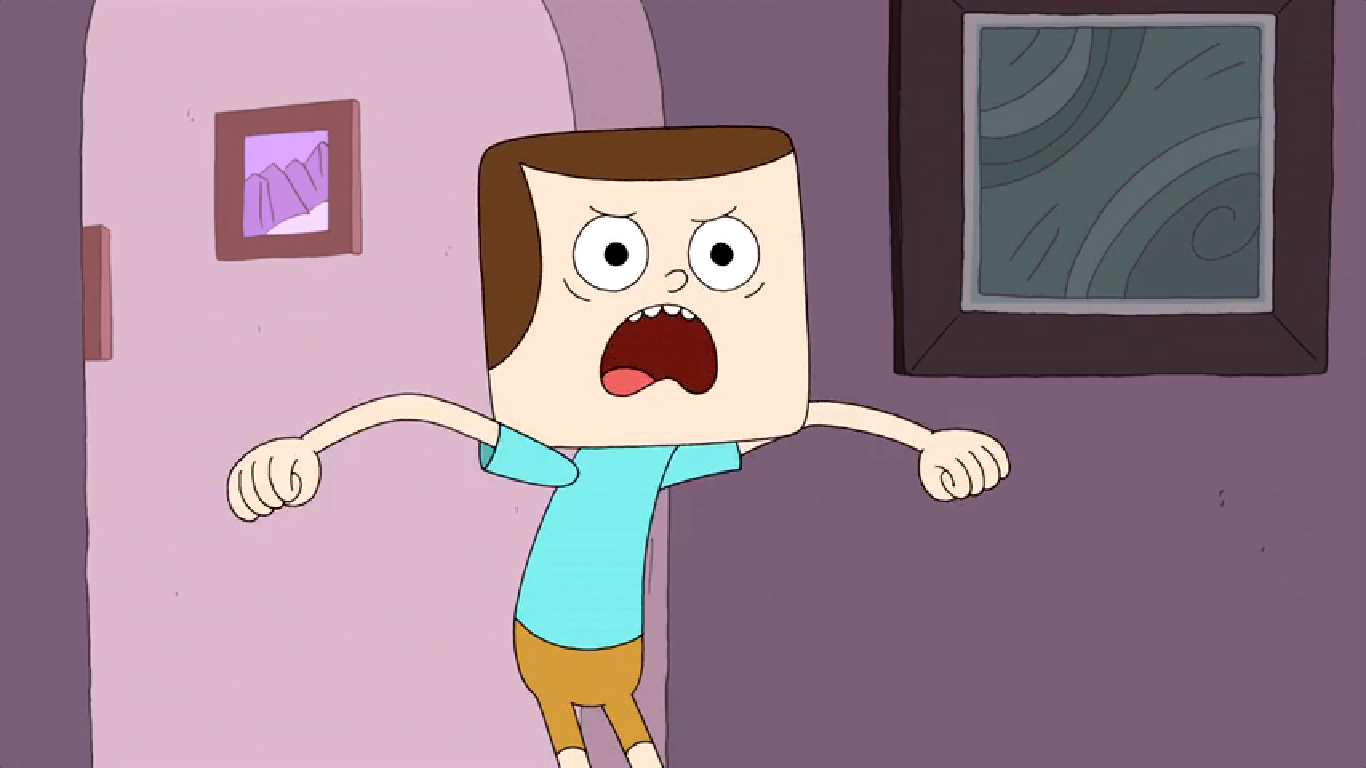 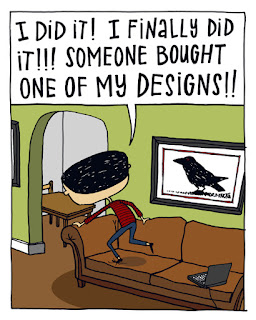 My Angry Strongo layout pictured above was from January of 2013 (again, Clarence didn't air until April of 2014).

Anywho, I am not attempting to show any type of copying on the part of the creators of Clarence. I was just struck by the design similarities. I talk with my students about independent invention in my classroom. It happens quite often. When I give them a design problem to solve, a student sitting on the opposite side of the room often solves the problem in a remarkably similar way to someone else located far away.

Check out this cartoon....it is very funny (my sense of humor is in line with this cartoon). Good day.

All the images used of Clarence and Jeff were copied and pasted off the net. My apologies and thanks to those who uploaded them.